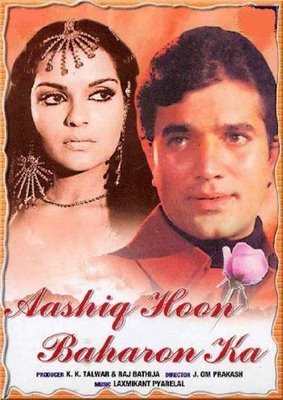 Aashiq Hoon Baharon Ka (1977) DvD Rip
Release Date: 16 December 1977 (India) Starcast: Rajesh Khanna, Zeenat Aman, Danny Denzongpa, Rehman, Om Prakash, Sulochana Latkar etc
Plot: Ashok Sharma lives with his mother in India, and they are a lower middle class family. Ashok gets an opportunity to travel toSwitzerland for research purposes. Once there, he meets with Chandidas Rai, a businessman, who would like Ashok to work for him in his uranium laboratory, which Ashokaccepts. Ashok meets with Chandidas' attractive daughter, Veera, and both eventually fall inlove and would like to get married. While the two are busy making plans, Rai descends on them with the police and has Ashok arrested for stealing uranium, after seducing Julie, another employee of Rai. Did Ashok really steal the uranium? And what of his romance with Veera?
Genre: Romance | Action Runtime: 120.16 min
Ashiq_hon_Baharon_ka_1977_Dvd_Rip_.avi
148.16 MB
[Download]
»
» Back To Home |