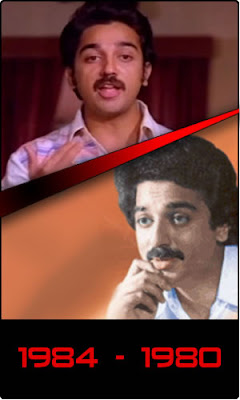 Yaadgaar (1984) VCD Rip
Director: Narayana Rao Dasari Writers: Anjaan (lyrics), NarayanaRao Dasari (screenplay), IMDB: 8.4/10 File Name: Yaadgaar (1984) Release Date: 1984
Starcast: Sanjeev Kumar, Kamal Hassan , Poonam Dhillon, Tanuja, Master Bhagwan etc
Plot: Village-based widower postmaster Shambunath is upsetwith his unemployed slacker son,Rajnath, who is also a trouble-maker. He suddenly passes away,and Rajnath re-locates to live with his married sister, Malti, and her family. It is here he will not only face abuse and humiliation, but also be asked to do all housework, and regarded as a jinx. He is then befriended by a wealthy male, Kalpnath Rai, who believes him to be his lucky mascot after he not only wins atthe races; but also a Court case;becomes a parent; and adopts him. He even permits Rajnath's blind girlfriend, Naina, to live in his palatial mansion, has her sight restored through Dr. Bhatnagar, and wants the couple to get married soon. Things change after Rajnath overhears Kalpnath telling Naina that she cannot marry him; whileLakshmi Rai prepares to accuse him of attempting to kill her child. Genre: Action | Comedy | Drama - 20 July 1984 (India) Runtime: 148 min
Yaadgar1984_part-1_.avi
100.40 MB
[Download]
Yaadgar_1984_part-2_.avi
100.65 MB
[Download]
»
» Back To Home |